The research behind genes began over 160 years ago initially as theoretical research into human DNA. It has evolved from practical experiments to advancements in genetic technology. Ever since that pivotal moment in medical science, researchers have continued their exploration into how genes vary and work within individuals.

What is DNA (Gene) Sequencing?

DNA sequencing is a laboratory technique used to determine the exact sequence of bases (A, C, G, and T) in a DNA molecule. Genetic testing is a medical laboratory test that is performed to evaluate and identify individuals’ genes, chromosomes, and DNA proteins. A medical laboratory performs a gene sequencing test to read the exact order of the letters in each gene scanning for errors or certain variants. Currently, there are between 20,000 to 25,000 different variants of our human genome. With this knowledge, eventually, the human genome and sequencing research was completed in 2003. Each gene in our body has a specific purpose, from helping our cells to grow, develop, or function. Ever since the blueprint of our genetics was discovered, genetic testing has become part of the medical journey of understanding the disease process starting from the development to progression in certain patients.

The Intersection of Genetics and Pharmacology

Every person has a different gene variant and over the years, physicians began to understand that because of these variants people responded differently to certain medications. This medical observation began the research journey into pharmacogenetics (PGx). Pharmacogenetics is the study of how a person’s individual genetic make-up is affected or responds to certain drugs. Approximately, in 1908 a scientist by the name of Sir Archibald E. Garrod (1857-1936) was the first to research and summarize his findings which included the basic foundation of PGx. He discovered that some drugs are toxic to everyone but certain drugs given to certain individuals were found to be non-toxic to them. Over the next 80 plus years, numerous scientists and physicians have added exponentially to intricate details behind the role of genetics and pharmacology. It wasn’t until the early 1950’s that PGx emerged officially into its own field of research. With the advancement of medical laboratory technology, the recognition and knowledge of this disciple have expanded exponentially.

A Glimpse of What’s Next in Healthcare

Pharmacogenetics and genetics testing is a continually rapidly evolving field in medical science. Next-generation sequencing (NGS) or panel testing using DNA, RNA, or methylation sequencing is a promising new technology in the field of life sciences. The innovation behind NGS creates and explicates a better understanding of how the human GNA affects each person at the molecular level to an entirely new level that dives into the process of the life-cycle, tracking of certain diseases, and disease risks. This innovative way offers a quicker, more efficient, and less expensive way to obtain viable genetic information.

The innovation of pharmacogenetics has led to a deeper investigation into personalized medicine, which includes genetic variations, ecogenetics, drug metabolization, gene screening, and toxicogenetics.

Genomics and PGx together continue to aid in the diagnosis and advance prognosis of patients, with the recognition of precision medicine in healthcare is even more valuable than ever. The advancement of genetic testing and pharmacogenetics has revolutionized medical research in ways yet to be discovered and will open the doors to a plethora of research studies. 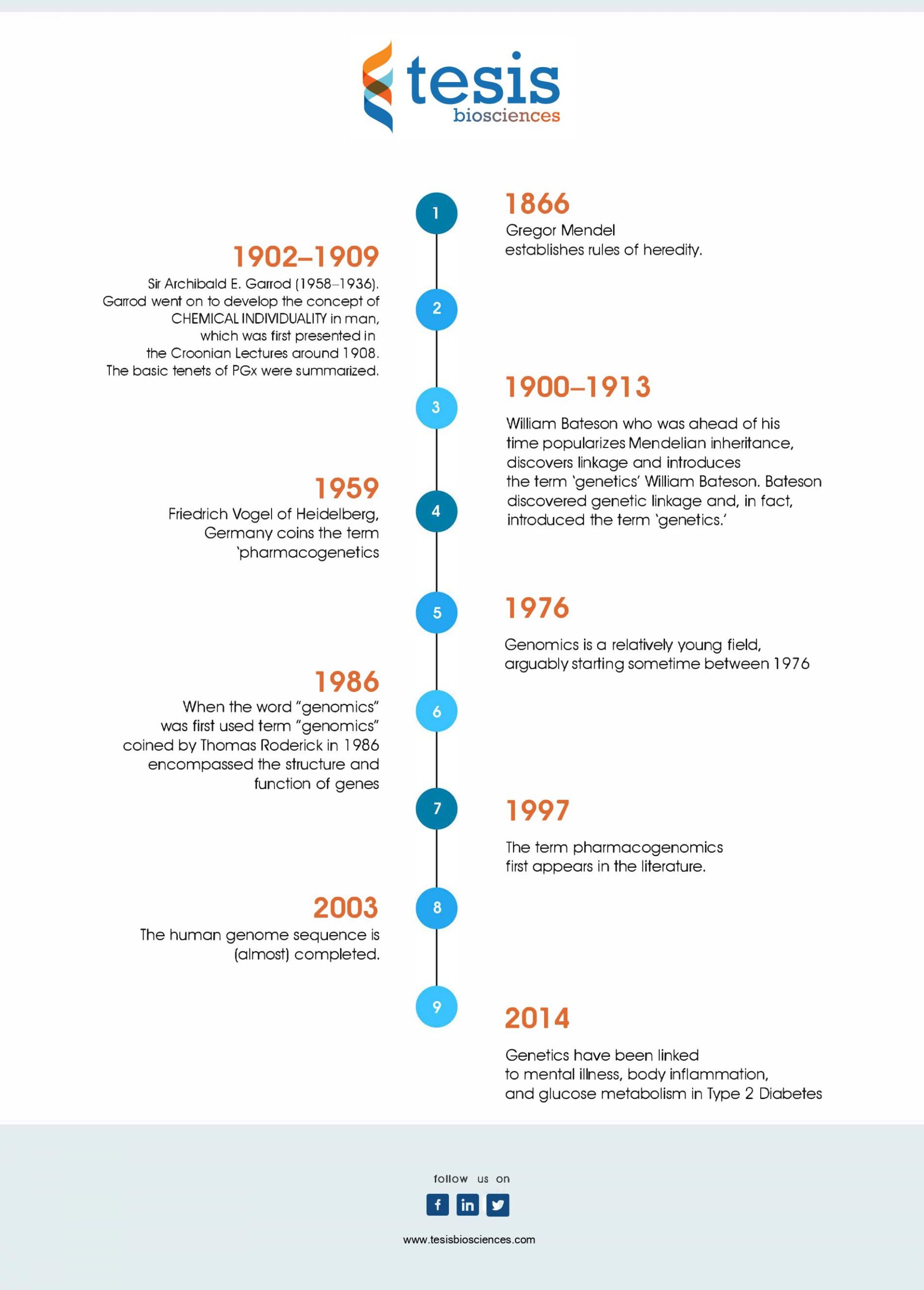